Combining employees deep personal passion with technological curiosity and opportunity for serious business is the foundation in the TOPChargE project(s).

In 2019 TOPChargE consortium consisting of: Nerve Smart Systems, OK, DTU & Fremsyn gathered and filed fund applications with Innovation Fund Denmark and EUDP to further develop the battery system into a high-power charger. Both projects was granted.

Read more about the motivation and technology behind the project(s) here. 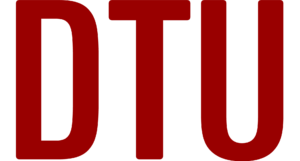 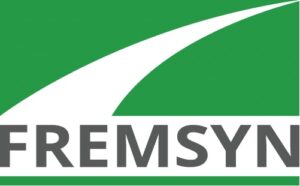 Nerve Smart Systems is a company driven towards innovation within the charging and battery storage sectors. Nerve Smart Systems focuses on developing a new disruptive battery management system “Nerve Switch®” for controlling Battery Energy Storage Systems (BESS), as well as a High-Power Charger (HPC) able to charge electric vehicles with up to 350kW. With the “Nerve Switch®” it is possible to control individual cells in a BESS to manage current and voltage levels by taking them in and out of operation, based on their respective state of charge and state of health. Nerve Smart Systems is backed by a private investor, has received funding from EU Horizon 2020 as well as additional funding from EUDP and IFD.

It is Nerve Smart Systems ambition to provide the technology to empower integration of renewables in an increased electrified future. Utilizing Nerve Smart Systems technology stack; “Nerve Switch®” a variable topology battery systems solves most of today’s known issues related to high power charging while, with the TOPChargE system attached, facilitate high-power charging at a fraction of the price compared to current technology offerings on the market.

CEE is working for a sustainable future through cutting-edge research and education focusing on smart grids, electric vehicles, consumption flexibility and multi-carrier energy etc. CEE is a hub for learning where students, researchers and professionals meet and interact. CEE has a highly professional project organization, where we run a large number of collaboration projects and partnerships with industry, research institutions and energy related networks to the benefit of society.

CEE joined TOPCharge to succeed a long row of projects within controlled EV charging, grid storage and ancillary services. CEE gets the opportunity to carry out advanced research and participate in the development of the future smart energy system and smart energy infrastructure likely to be rolled out internationally by consortium partners.

PowerLabDK is a world-class experimental platform for technology development, testing and demonstration of sustainable electric power and energy solutions. PowerLabDK carries out research and innovation in future energy systems in all scales from components to system level. The PowerLabDK facilities contains flexible test laboratories, large-scale experimental facilities, and a complete full-scale power distribution system on the island of Bornholm.

CEE joined TOPCharge to succeed a long row of projects within controlled EV charging, grid storage and ancillary services. CEE gets the opportunity to carry out advanced research and participate in the development of the future smart energy system and smart energy infrastructure likely to be rolled out internationally by consortium partners. 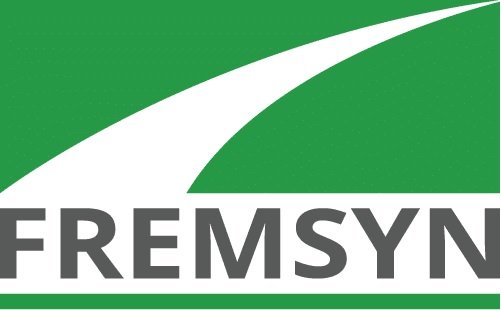 Fremsyn is an independent consultancy specializing in green business development and consulting in energy and transport. At Fremsyn, We believe in a future without fossil fuels and energy sources in favor of renewable and sustainable alternatives.

Fremsyn supply materials for business development and green decision-making based on economic costs and effects in climate, air pollution and noise. We do this with, among other things, fleet analysis for municipalities and companies, and EV infrastructure consulting with 360 degree impartial advice from the first meeting to all electric cars are in operation.

Fremsyn are always looking for ideas that can push the EV market forward and wish to propel the TOPChargE project(s) forward to benefit as many people as possible. Through competences in the field of both environmental and financial analysis Fremsyn seeks to empower the green agenda through the new technology being developed in TOPChargE.

At the same time, OK has the broadest energy range of all companies in Denmark, including more than 670 filling stations in Denmark. We are also one of Denmark’s largest suppliers of environmentally friendly heat pumps. As a customer-owned company, we have an obligation to offer products of a quality and price that we can stand by and, in general, to act responsibly in all contexts. OK is deeply committed to assuming joint responsibility in society and the local community.

OK is committed to testing and developing new solutions in order to fulfil the customer needs of the future. Since OK already are offering a wide palette of energy products as well as fuel supply for both private and commercial transport vehicles, the TOPChargE system hits a sweet spot in a renewable (and electric) future.

To advance the development of the TOPChargE solution, the consortium is supported by two benefactors: Innovation Fund Denmark (IFD) and the Energy Technology Development and Demonstration program (EUDP).

Both benefactors support different parts of the project, combined they support the overall goal of rolling out next generation of high-power chargers.

Innovation Fund Denmark facilitates a framework for entrepreneurs, researchers, and businesses for them to develop innovative and viable solutions to society’s challenges.

The Energy Technology Development and Demonstration Program (EUDP) is a public subsidy scheme under the Danish Ministry of Climate, Energy and Utilities. The scheme supports new technology in the energy field, which can help to meet Denmark’s energy and climate goals.

The Energy Technology Development and Demonstration Program (EUDP) will help create growth and jobs, increase security of supply, and make Denmark independent of fossil fuels. It is a public subsidy scheme that supports new energy technology that can help to achieve the Danish goals for energy and climate.

Curious about the TOPChargE Project?